Inspired by Queer theorist Judith “Jack” Halberstam Female Masculinity, the project XX Masculinity shows, through a combination of photographs and poems, the idea of a “masculinity without man” investigating its different forms: Drag Kings, crossdressers, FtoMs, transgenders, butches, androgynes. The artistic&literary approach and the process adopted for the implementation create a sort of anthropological documentation of the visual and the intimate semantic of this original part of feminine population in the Italian social context. The output of the process is a series of 44 portraits and 44 poems that transpose, in a poetical form, the individual meanings and experience of masculinity. The poetic&photographic project XX Masculinity intend to be a sort of “manifesto” in order to make known the queer theory in the Italian culture. The project started in 2013 and is on-going. 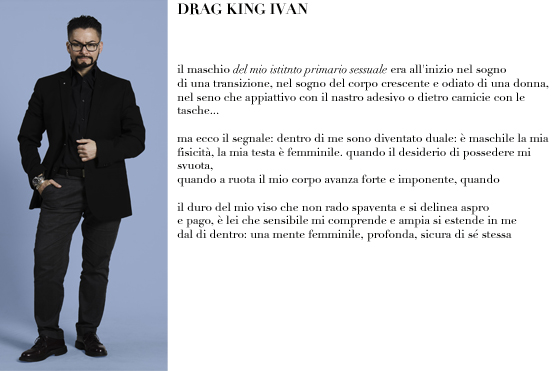 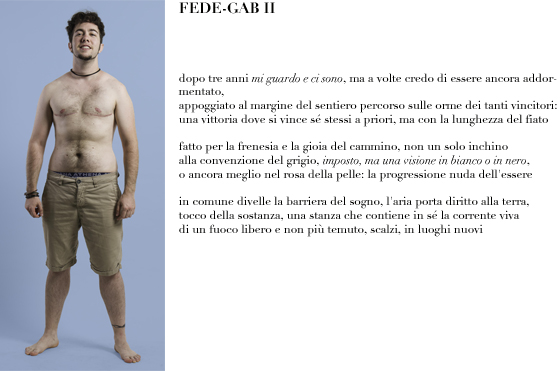 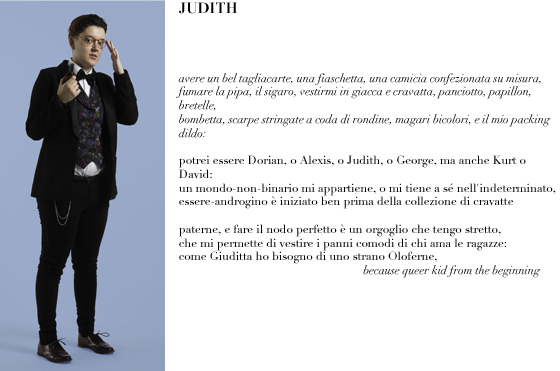 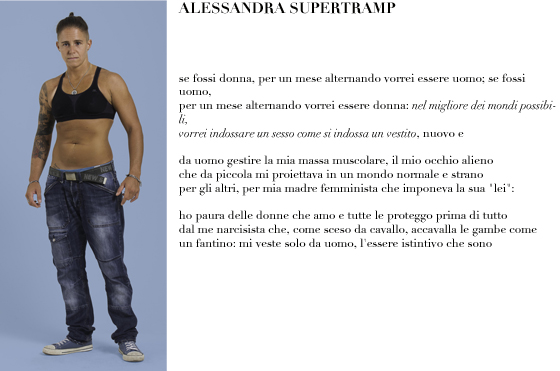 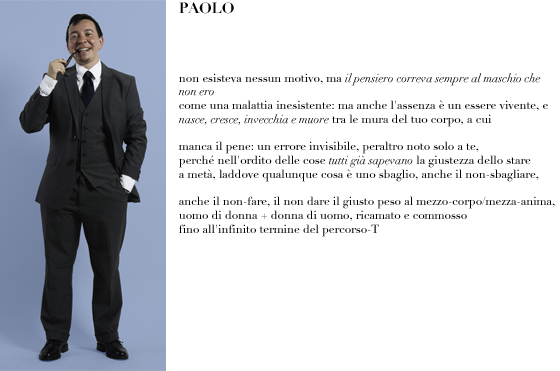